Manvel High School and Alvin High School squared off on Oct. 17 at Alvin Memorial Stadium for the 3rd annual “Battle of Highway 6” game.

The game was the final culmination of a week-long buildup that included a Wednesday luncheon between members of the Manvel & Alvin communities. At the luncheon, two autographed football helmets from each school were auctioned off, with the Alvin one selling for $2750 and the Manvel one for $5500. The names of two teachers were also drawn for a chance to win a car from Ron Carter Toyota if they completed a challenge at Friday’s game. Coach Diana Jones represented MHS during halftime, but she was unable to complete the challenge; participants had to throw a football through the window of a new car parked in the endzone from the 40 yard line. The game ended in a Maverick victory with a final score of 52-7. 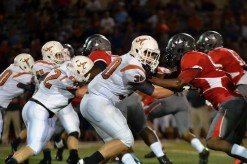 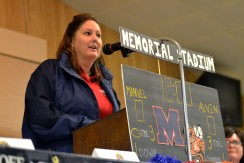 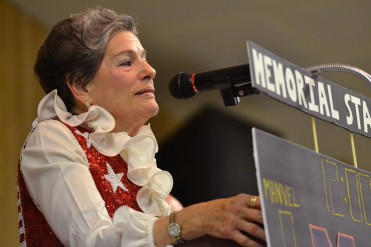